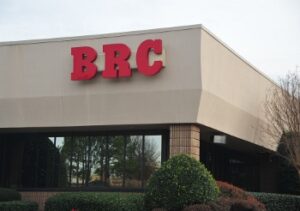 it won the Small Business Administration’s Tibbetts award for excellence in innovation in 1998. CORE allows users to create and test algorithms that enhance physics-based calculations with human knowledge for advanced applications such as human behavioral modeling, intelligence analysis, anti-terrorism/anti-drug analysis, CYBER analysis, remote sensing, and other applications where knowledge manipulation is the key to understanding and solving a difficult problem.

BRC’s current customer base includes NASA; The Army Corps of Engineers; The Department of the Interior; and several Air Force, Army, and Navy customers, as well as other defense agencies. One of BRC’s largest current contracts is the Office of the Secretary of Defense Joint Test & Evaluation program. As a prime contractor on this program, BRC supports combatant commands by performing critical joint tests at test sites across the country and overseas.

BRC’s newest initiative is the establishment of a CYBER research center at its 10,000 square-foot facility in Huntsville. This facility will be used to demonstrate advanced CYBER-related technologies and to train the next generation of CYBER warriors.