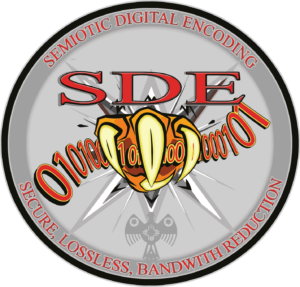 Semiotic Digital Encoding (SDE) is a revolutionary technology that can provide secure, lossless compression of structured message sets. Having been built off of our CORE AI Toolkit, the system provides a perfect adjunct to AI/ML systems that communicate between platforms in the modern battlespace. The system is:

SDE was originally developed under a NAVAIR SBIR as a mechanism for maintaining command and control (C2) of unmanned aerial vehicles (UAVs) in an A2AD environment. As part of the testing and proof of capability, a number of C2 protocols were implemented including: 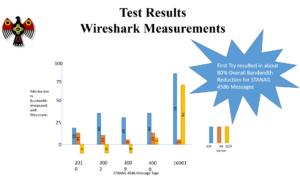 As part of the SBIR process, independant testing was conducted comparing SDE to two other common compression algorithms utilized by UAV’s. The results are displayed in the chart. The higher numbers depict greater compression. As can be seen, SDE outperformed the competition.

While initially developed for C2 of UAV’s, the technology can be applied to ground systems (UGV’s), surface and sub-surface systems as well. In addition, it can also be applied to any structured message set including devices that communicate on the Internet of Things (IOT).